There is a need for web site owners and business to enable IPv6 on networks and public facing Internet services. HackerTarget.com has completed a second survey of the websites in the Alexa Top 1 Million to review the latest progress. The survey tested each host for the presence of an AAAA DNS record. This is the record type that points to an IPv6 address.

In March 2012 we conducted a similar survey, that was presented in an info-graphic. Since March 2012 there has been an awareness campaign and much press around World IPv6 day on June 6th 2012. These latest results are a good indication of how much progress has been made. 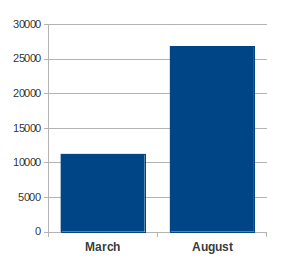 In this chart we start to get a picture of where the increase in IPv6 enabled websites has come from. Google has played a major part in this increase. In fact digging deeper into the results reveals that apart from some relatively small increases the only major change since March has been due to the adoption of IPv6 by Google based properties. 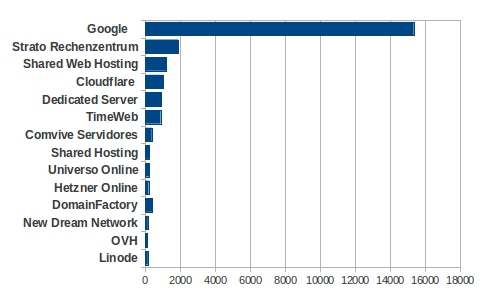 Websites that enable IPv6 by Country

Earlier in the year, we saw Germany, Russia and other European nations were well ahead of the USA in the adoption of IPv6 as a percentage of the sites in the country. Now it is clear that the move by Google to enable IPv6 across its web sites has given the United States a given a major boost. 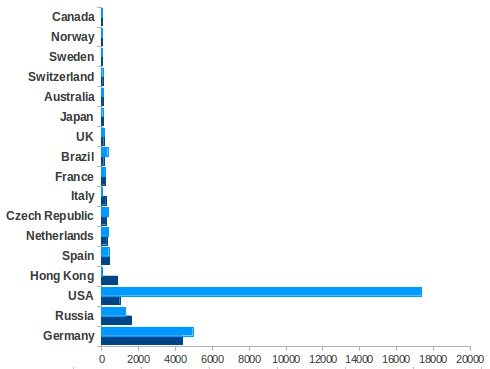 Dark blue are the numbers from March, with the lighter blue the latest August 2012 numbers.

Finally we see again the huge difference that Google has made in the statistics. The GSE server is Blogger / Blogspot powered web sites. Google Front End and GWS are the servers of other sites within the Google web site property base. 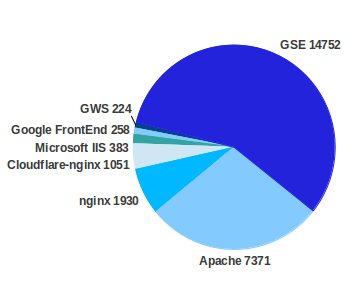 In the event that you have not caught on yet, the primary reason why the move by Google to enable IPv6 has caused such an impact on the results is that Blogger and Blogspot make up around 15'000 sites in the Alexa top 1 million. In fact a simple search shows 14914 sites with .blogspot. or .blogger. in the web site host name. Hence when these Google owned properties enabled IPv6, the number of sites in the Alexa top million with IPv6 addressing more than doubled overnight.

Did you know that your IPv4 firewall may not be protecting against IPv6 traffic?

Proxy your Phone to Burp

SPF Checked – a look at the Sender Policy Framework